Each day was getting better and better in terms of wildlife watching, snorkeling and also naturewise. On the third day we saw a bunch of bluefooted boobies, absolutely my favorite bird on the islands – and it has nothing to do with the other meaning of the word boobie :-P. Believe me, I am no ornithologist. Most birds are just birds for me – with a lot I can neither tell the difference nore enjoy watching them, but boobies are different! They look so cute, when they try to woo a female and lift their little blue feet to start their „dance“. The female often ignores the male, until it flies away and leaves her alone for a while before he shows her how good he can fly and lands in front of her feet. Most of the females are then in awe and start answering the mating calls. Why do I think this behavior is not so far away from how humans date? At times you need to ignore the other person, that he or she shows interest again…haha 🙂

Blue footed boobies nest on the ground and often on the paths we took to walk around the islands. We also saw redfooted boobies, but they were further away because they nest in trees. 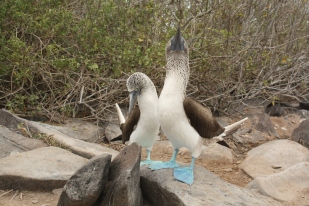 A great place to wake up

Boobies with a chick 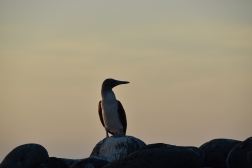 Boobie in the sunset

Close Up! Model for us

Finally also snorkeling payed off. We saw a bunch of exotic fish and swam with seelion babies which were playing with a sanddollar in the ocean. They could lift it from the ground with their snouts, swim around with it and drop it again. It’s not difficult to imagine, why people train sealions in waterparks or use them for naval maneuvers. They swim really fast and turn around quickly in the water…I tried my best to mimic them but of course I am no sealion 😉

The next day we could watch a bunch of golden rays floating majesticly through the water. We saw another group on our last morning when we were canoeing through the mangroves.

The other day a huge group of hammerheads was diving underneath us, which was overwhelming. It was my first time seeing hammerheads and I would not have imagined to catch a glimpse of them while snorkeling. I almost gave up hope of seeing them on this trip because I decided not to go diving. We were so lucky to be at the right time at the right place. 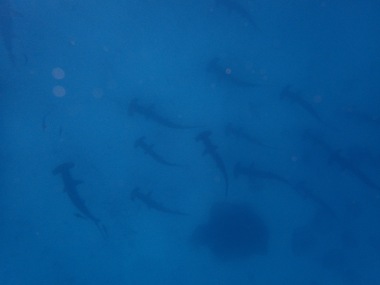 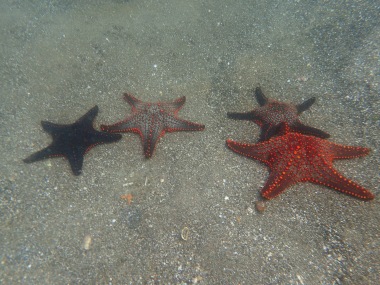 I almost thought that it would not get better until a group of bottlenose dolphins decided to join our boat. They followed us for a while and showed us their jumping tricks. The day before some pilotwhales crossed our way. What else could we wish for? 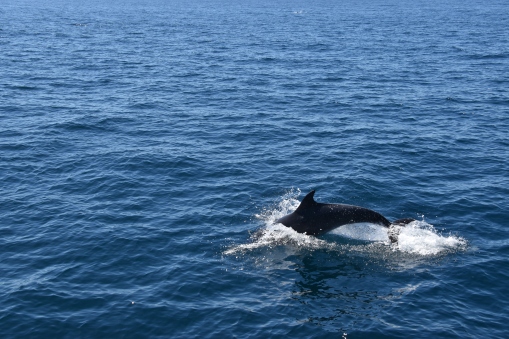 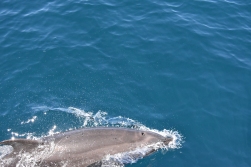 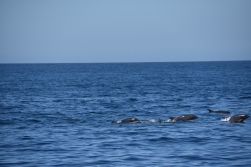 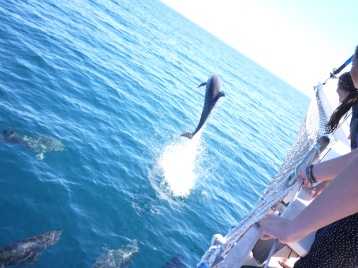 If you ever think of going to galapagos and are a big group or want to get a bigger group together. Jan, our guide, would love to show you around. You can charter the Beagle & Jan & the crew for 42’000 Dollars (accomodates up to 12 people) and you will be more flexible with the program. Get in touch with me and I provide you the contacts of Jan, if you are interested.