Back from the falls it was time to meet up with my adopted mostly English, but also Australian, Dutch, and French family. Thanks to them I was ready to go to a party hostel – which is mostly not the place you can find me, even though I like to party. The last time I stayed at a party hostel was in Cusco and it was ok. This time though it was great. From Thursday to Saturday night, we ate ourselves through tons of steak and literally danced the night away on the dance floor. First in the hostel (the Milhouse Hipo, where I stayed, had alternating party evenings with its sister hostel the Milhouse Avenue), starting from 22:30 to 2:00. Then a shuttle bus would take us to various clubs in Buenos Aires, where we could jump the cue with the wristbands we bought at the hostel. And believe me, Buenos Aires is a great place to party! The people know how to dance and have fun.

But this was not the only thing we did. During daytime I visited some places with good memories from the beginning of my trip and let nostalgia set in or I worked on my blog.

Additionally on Saturday we went to Complejo Tango, where we first had a Tango lesson – for me it was the second time around, but they showed us different steps than at the place we went to with Spanish school. After the lessons, we could enjoy a 3 course menue with great meat and as much wine as we could drink (bad idea with us around ;-)). As a dessert they not only served a great brownie but also a fascinating Tango Show. Man those Argentinians can dance with so much expression. I got goosebumps from watching and would have loved to be part of the show. All in all the price of 710 Pesos (approx. CHF 45) were more than ok for everything we got out of it. 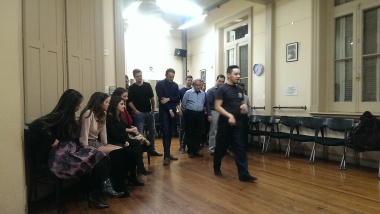 The next night we went to see another show called „Fuerza Bruta“ – wow, impressive. I don’t want to talk about it too much to not ruin it for you, but if you get the chance to go, then do it. The ideas where so new to me, surprising and creative that I was wondering how they got them. I had zero expectations because I did not know what I was getting myself into, but it was totally worth it and very cheap – only about CHF 20.

Monday and Tuesday I spent without the adopted family because they continued travelling or where also heading home. But I had to catch up on sleep anyways, it’s not like I am still in my 20ies even though after this weekend one could believe that I am 😉 I went to the movie theater twice: first to see the X-Men: Apocalypse – oh my good, that was good! I love the series, therefore I really enjoyed watching this part. The next day I was courageous and went to see an Argentinian production called „el hilo rojo“. Of course I did not understand everything and the ending was pretty bad, but hey at least I tried to keep up with Spanish after speaking English for so long.

I think I made the best of my last days on this trip – with Tango, culture, dance, movies, perfect food & wine and of course very good company. I had a wonderful time. 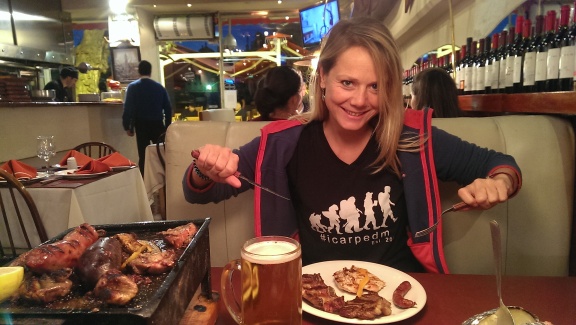 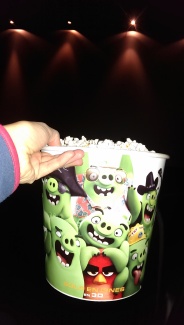