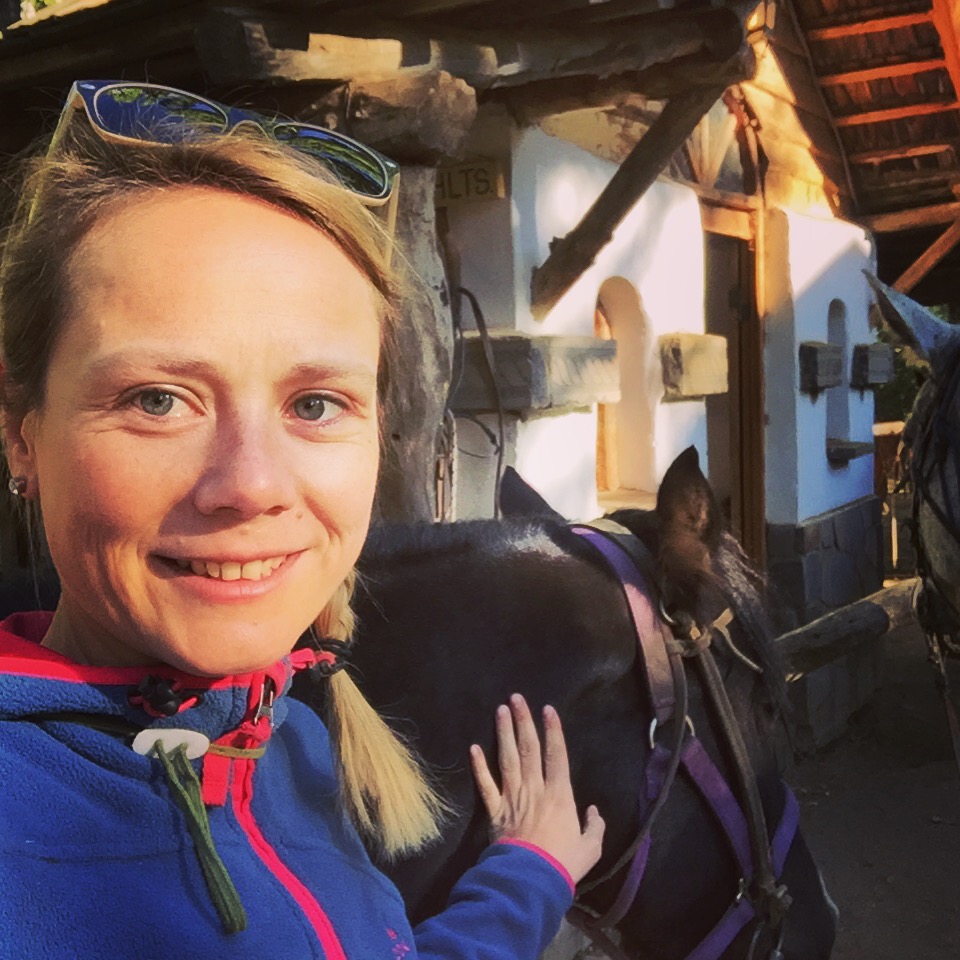 As the sunlight slowly faded over the redish rocky and sandy mountains around the Estancia Ranquilco and the big farewell asado was going to start, I was reminicing over the last week I spent on the estancia and in the wilderness of the northern patagonian andes and how this story began.

Before coming to Argentina I was sure I wanted to spend time on an Estancia. I was looking for them on the Internet and came across a beautiful webpage. As I was working in marketing I couldn’t withstand roaming around the page and dreaming about going on a pack trip for a couple of days – away from civilization, Internet and everything else – beeing out in the nature, sleeping under the stars and more. But becaus I didn’t know, when I would get to the vicinity of the Estancia, Zapala, Neuquen I did not book anything. At the begining of March in El Chalten, I could estimate my future trip better and inquired about the 8 day lodge and pack trip, which was going to start on the 18th of March. Luckily they had one space available, so I made my way slowely up to be in Zapala on the moring of the 18th.

Unfortunately there was a small misscommunication between the taxi drivers, who were to pick me up to drive me to Buta Mallin, the outpost of the Estancia 3-4 hours by car from Zapala – I was waiting 1.5 hours to be picked up and got worried because I thought the other guests where coming from Zapala too but there was no one to be seen. I learned later that they got picked up at other destinations such as San Martin de los Andes (where I spent some days before going to Zapala) and Neuquen. I was veeeery happy to see Sefe our „Taxi“ driver around noon and finally get going. There was still a long way to go to arrive on the Estancia. From Buta Mallin, the cattle outpost, we were riding 3 hours more until we could see Casa Granda between the huge pine trees and arrived just before sunset.

Around the estancia and in Buta Mallin we already met a couple of people working on the estancia – all very interesting, funny and welcoming – but there were more showing up, it took me a while to get to know all names and who is who but as I was drinking Maté with Ashley the owner in the morning of the second day, he helped me to see the big picture.

On the third day we started our pack trip. Packing the mules with food, tents and sleeping bags to spend the next 4 days out in the wild. What an adventure! Those days were filled with a lot of riding, a lot of dust and dirt, for it is fall here and very dry. Then swimming and fishing in the laguna negra – a little heaven when not having showers around, eating breakfast and dinner around the fire, talking, laughing, playing cards with the other guests and the gauchos around. Getting to know each other, our horses, saddling, riding up and downhill and of course sleeping outside under the stars – feeling the chill crawling into your bones in the middle of the night but just feeling happy to be able to experience all this. Just beeing happy to be you (which doesn’t happen very often for me) out there, more or less alone – meaning alone without friends, who I am of course missing. But in that moment nothing else really mattered. You focus on yourself, your tasks, your horse and the landscape.

In those four days I learned a lot about living out there in the wild, I even gutted a fish – If I ever could catch one, at least I would not go hungry on my own. And I could have spent some more days, helping Gaucho Jaime roundup his cattle, but I longed for a shower (and didn’t want to ask about extras from the Estancia) and clean clothes, so I went back with everyone else.

At the estancia my room was next to the volunteer house, which was great, because I could meet everyone working there and have fun with them in the evenings. Everyone I met is so special and its a small community by itself, but really welcoming to „strangers“. It was fun to observe and be part of it at the same time. Thanks for the good time guys: Olivia, Shelley, Lulu, Viktor, T.A. our Riding – Guides, owner, family, Estelle, Alex, Cat, Sam, Chris, Jaimy, Hannah, and I am missing a name right now, but it will come to me – the volunteers and drinking buddies in the evening. Jaime & Luis & Luis – the Gauchos I met and danced Cumbia with. Ali & Tom for cooking – mmmhhhh – Nick, Nathan for helping out.

I have troubles uploading pictures again…there are more on my FB page and I’ll try later to upload more.

Casa Grande before the last big asado and party

Buta Mallin – the beginning and the end of my horseriding trip 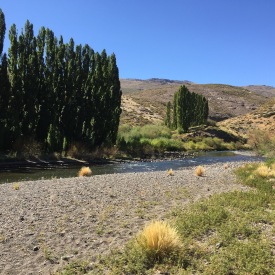 Beautiful river flowing right next to the estancia